The title counts for two things. On Monday the 24th it had been a year since Tel and I first met. Though we didn't start dating a good month later and had a tinsy bit of drama between that period it is great that we've got this far together. Something that most exclusively SL relationships never seem to reach.

Tel had mentioned the other day that he couldn't find any good 20's/30's clubs where we could go to listen to something other then industrial and dub-step. Not that we don't like those, just sometimes you need a change. And we haven't recently been to hotlantas due to the guest and staff saying some pretty unpleasant remarks.
I went snooping round found a place called The Vault which promised 20's,30's,40's and 50's. There wasn't much happening when I arrived but was promised a full line up come 6pm SLT. I tp'd Tel in and we were just catching the end of a live singer. Though she was ok she was slightly amateur compared to most singers I have seen on SL. When the DJ kicked in though we ended up having a really good time, good music with a good mixture of everything really. Plus some nice, welcoming peeps with good conversation. All in all it was a really good night and a nice way to celebrate our anniversary(ish). 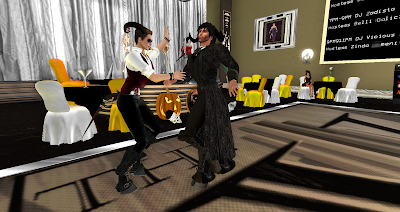 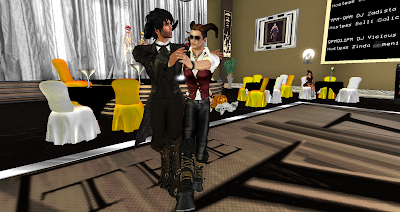 Also for over 1 year now I've been keeping this blog. I know that it sometimes can be either a gooey love note to Tel or a big emo rant but at the end of the day I'm writing this blog for myself so I can keep a note of all my happenings in SL. I don't update as much as I like to any more but hopefully this blog will keep going for more years to come.
My little boy Sebby will also being turning one from the 4th of November. Both of my boys still run around the garden quite happily. Though they are just a bunch of moving, well scripted prims I love them to bits. So happy birthday my little Sebastian! 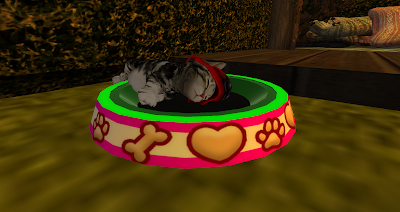 Onto some very good news! *DEAD CHUFFED* now has a new location at Franzi's store! I'm so grateful to him for giving me a part of his parcel so I can keep the shop alive. I've placed all the couples poses in vendors where the pose balls can be rezzed if you'd like to try them out. The vendor is really easy to set up and for L$99 for a copy/mod was a complete bargin! 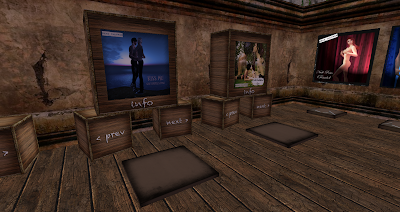 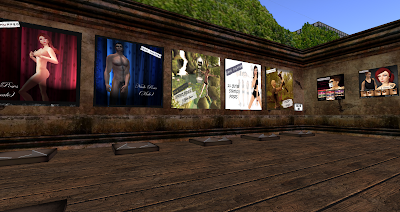 All the single poses are on display though some may have to be taken down to make room for the new winter and christmas poses coming soon. 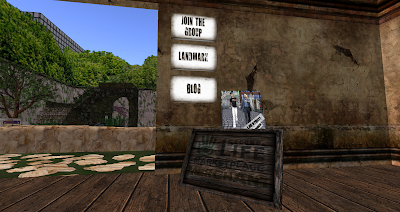 Everything can still be found on Market place. The Leo strut pose has been made L$1 instead of free on the store but you can still get the pose free by visiting the inworld store. 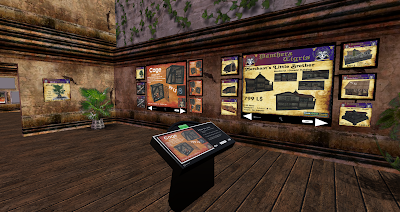 Next door you'll be able to fine all the amazing builds and décor Franzi has to offer. 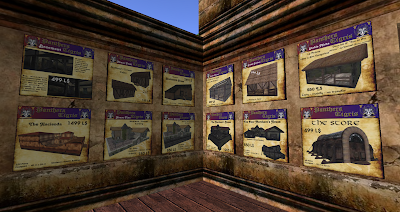 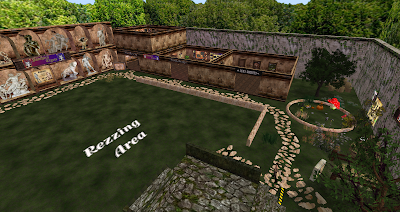 Here's a aerial view. There's a rezzing area of Franzi's building and also a cute little area for Endy's, River's and Franzi's meeroos.
I'll round up this blog with some final photos of halloween. Happy November everyone! For me it'll soon be Bonfire night and for the yanks it'll be Thanksgiving. We also have 11/11/11 where we remember those who died in services to their country. But pretty soon (maybe a little too soon) it'll just be Christmas Christmas CHRISTMAS! 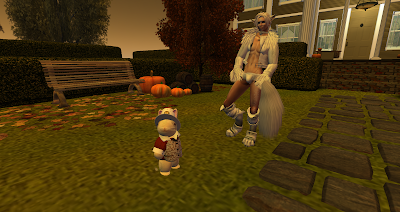 Tel was taking part in a photo shoot for Alayni's new gallery. It's an Alice in Wonderland theme and here's a little white rabbit :> 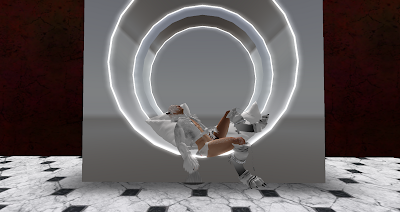 I messed about on Alayni's posing stoof while they did the shoot. 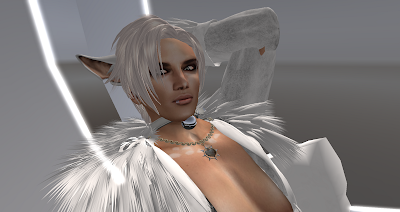 *Sigh* Being this fabulous is so damn hard! 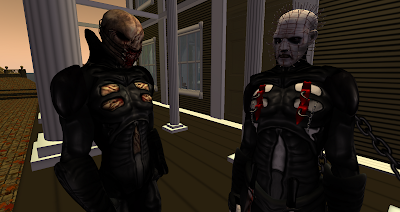 Tel bought himself and I these awesome Hellraiser avies so to look the part this Halloween. I'm Chatterer while Tel made an awesome Pinhead. 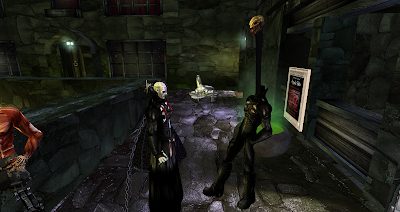 I don't think any saw this except me but I turned an animation on which did..well..this to me. I didn't relog so I was like this for the rest of the night. Made me chuckle!
Posted by Derren Macarthur at 15:04